If you would rather download the form as a PDF and fill out by hand, you can do so here.

Bring to an adoption event when you meet the hounds!

Words and stars are not enough to express my gratitude. The shelter owner is more dedicated to it’s cause than anything I have ever witnessed. My entire experience with this shelter has been stellar.

If you are a good person and are lucky enough to adopt a dog or puppy from HoundHaven you will understand the heart behind what is done at HH before, during, and in my case, after an adoption is complete.

I am forever grateful! 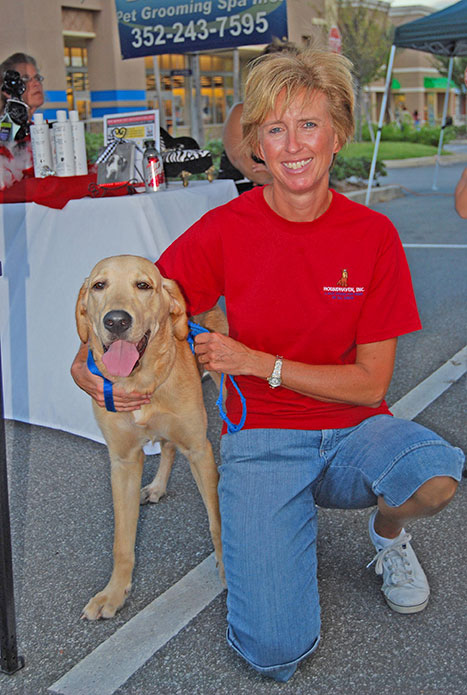 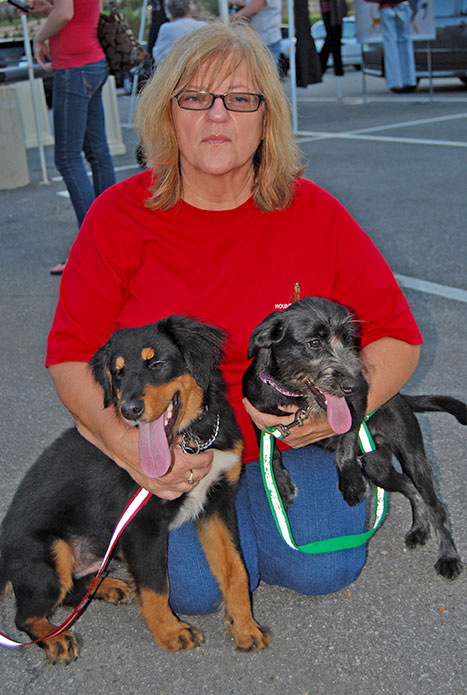 Crate training is the best method we have found for housebreaking a dog or puppy. It is NOT putting your dog in jail, and you are NOT being cruel if you follow these tips. Dogs feel secure in small, enclosed spaces, like a den. Dog crates make excellent dens and can provide a safe place for your dog to stay when you’re away or when you cannot watch him.

If you’ve watched dogs, you’ve probably noticed them sleeping most soundly under a table, desk or chair–somewhere out of the traffic pattern where they have a roof overhead and a little privacy. A crate offers security, a den with a roof, and a place for dogs to call their very own where they can go to get away from it all. Owners who have crate trained their dogs but then leave the crate doors open report that their dogs go into the crate on their own when they’re ready for bed or just want a little snooze.

Crate training is not difficult if you are consistent and follow a few basic steps:

Choose a crate that is just large enough for your dog to have room to stand up, turn around and lie down. He is not going to live in his crate, so it does not need to be huge. In fact, if you get too big a crate it will defeat your purpose. The reason crate training works is that dogs do not like to eliminate where they sleep or eat. If the crate is too big, the dog can eliminate in one end and sleep in the other. If you have a puppy, you should buy a crate large enough to accommodate him when he is full grown. You can use a crate divider or box (something chew resistant) to fill the extra space until he grows.
Use a single word command such as “kennel” to ask your dog to enter his crate, throw in a treat or piece of dog food, and when your dog enters, praise him and close the crate door. Start by leaving him in the crate only a short time and gradually increase the time he spends in his crate. If he cries, ignore it! Do not let him out until he has been quiet for five minutes. If you do, you will teach him that crying is how he gets his way, and you will have a dog with a new bad behavior.

Dogs should not live in their crates, and if you leave them too long they will have to make a mess whether they want to or not. Puppies can only last a couple of hours between potty breaks, and adult dogs should not be left in their crate more than 6 to 8 hours. Always take your dog outside to the same place in the yard right before crating him and immediately after you take him out of his crate. Give him a simple command like “Do your business”, and when he does, LAVISH praise on him. Act like your dog has just won the Nobel Prize for Dogs. You can give him verbal praise, petting, treats or playtime, or all of the above. The greater the praise, the greater the incentive to do it again. If your dog won’t do his business and wants to play, take him back in and put him in his crate. He has to learn that the potty spot is for business only. Try again in 15-30 minutes until you have success.

Once business is done outside, the dog can be allowed some freedom in the house, but remember you must be able to watch him. If you don’t watch him, you cannot catch him in the act. If you don’t catch him in the act, you can’t teach him not to do it. Dogs only remember things they’ve done for about 3-5 minutes, so rubbing his nose in it later will do no good. Your dog may look “guilty” when you start yelling, but that is because he knows you are upset about something–tho’ he doesn’t have the vaguest idea about what. If you see your dog start to squat in the house, give a firm NO and take him immediately to his potty spot. Give him his command and praise him lavishly if he complies.

One of the most common errors in housebreaking is going too fast. We want to give our dogs freedom, so we may give them too much too soon. Try to give freedom gradually. Start with the crate during periods when you can’t watch your dog. When you’re satisfied that he’s going outside and not soiling the crate, then try giving him freedom in one room. Keep expanding his “area” until his area is the whole house. If he has an accident or two, it means you’re moving a little too fast, and you will have to back up and slow down. No big deal–he’ll get it, it’s just going to take a little more time.

Speaking of time, this is a time consuming process, but it will be well worth the time spent once the training is complete. The more consistent and conscientious you are about this training, the quicker your dog will learn. Keeping him on a regular feeding, drinking and elimination schedule will help. Dogs need to go out 15-30 minutes after eating, and puppies need to go out after eating, playing or waking up. Avoid late night snacks to avoid early morning surprises. If your dog does not seem to be learning despite your best efforts, see your vet to be sure there isn’t a medical reason. Bladder infections and changes in diet are just a couple of the things which could be causing your dog to have accidents despite his best efforts.