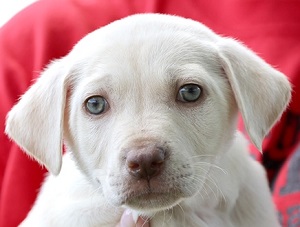 Calvin waited five long months at HH for his new family to come along, but come along they eventually did. They had adopted HH alum Fawn nka Kona about six years ago and decided she was ready for a friend. When they heard Calvin’s story they decided they wanted to try to give him the home he deserves. He has four kitties to get along with, plus Kona, but we think he is up to the challenge. Kona was no fan of the kitties when she first arrived, but they were patient and now everyone gets along well. In following the Hawaiian theme started with Kona, they have named Calvin “Hilo”. Best wishes to Hilo, Kona and the whole family for a long and harmonious life together!!